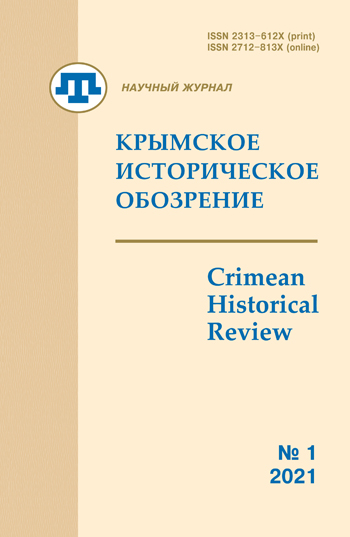 The Crimean Scientific Center of Sh.Marjani Institute of History of the Tatarstan Academy of Sciences

Presents to your attention the scientific periodical “Crimean Historical Review”.

The journal deals with scientific research works devoted to the history of the peninsula from the ancient times and up to the present days, to historical-cultural heritage of the Crimean Tatars and other peoples of the Crimea.

The journal was maintained by the Decision of the Scientific Board of Sh.Marjani Institute of History of the Tatarstan Academy of Sciences from April 28, 2014.

The main goal of the issue is to unify the efforts of the world and native science in decision of actual research problems connected with archeology, source study, history and culture of the Crimea.

Themes of the Journal Consist of the Following Headings

The articles of the theoretical, scientific-research characters in Russian (with annotation in English) and in English languages will be taken for the publications.